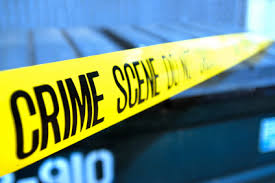 I am very proud to work as a defense attorney for over 20 years serving Northern NH.  I pride myself on helping citizens accused defend themselves against criminal charges.  I have a history of representing citizens charged with serious felonies such as: murder, manslaughter, sexual assaults, first degree assaults, drug charges to DWI, hunting violations and motor vehicle violations.  I believe every citizen deserves a defense and aggressively, passionately and diligently defend each of my clients.  If you are facing a NH criminal case contact me.  I am available 24 hours a day, 7 days a week.
Posted by attyharden@gmail.com at 10:16 AM No comments:

Annulment of Criminal Record in NH

NH Changed the Law on Annulment of Criminal Records:


A modified annulment law, RSA 651:5, became effective on January 1, 2016.  The biggest change was to reduce the length of time required to annul a B misdemeanor from 3 years to 2 years. The amended statute added a clause that if a victim was a family or household member the length of time remains 3 years.

Here is the link for a Petition to Annul.   It is relatively easy to complete the form but if an error occurs a person must wait 3 years before filing another petition.  There is a court filing fee of $125 for each court where there is a conviction.  Upon filing the department of corrections will be ordered to conduct an investigation and produce a records check and submit it to the court.  The DOC charges a fee of $100 for the investigation and records check.  After the annulment has been granted the Department of Safety charges $100 to effectuate the annulment by deleting the computer records.

I am frequently contacted by people looking to annul their records for many reasons.  Some are embarrassed by mistakes made when they were younger.  Some are planning on traveling to Canada.  Some are hoping to restore their right to possess firearms.  The annulment law means that a person who makes a mistake doesn't have to be labeled for life due to a prior act after having served their sentence. This law helps restore citizens to enjoy their full constitutional rights.

If you have questions about seeking an annulment contact me.  I have assisted hundreds of NH citizens in annulling their criminal records for over 20 years.  I am happy to speak with you and try to help.   Contact me.