No More Second Sample being Collected in NH Breath Tests

July 3, 3017 The Caledonian Record printed a story about the loss of the independent breath sample for testing in NH.  The story carried quotes from Attorney Harden. NH Law RSA 265-A:5 and 7 was changed effective January 1, 2017.  The changes mean that NH no longer collects a person who submits to a breath test breath a sample of their breath for an independent test. 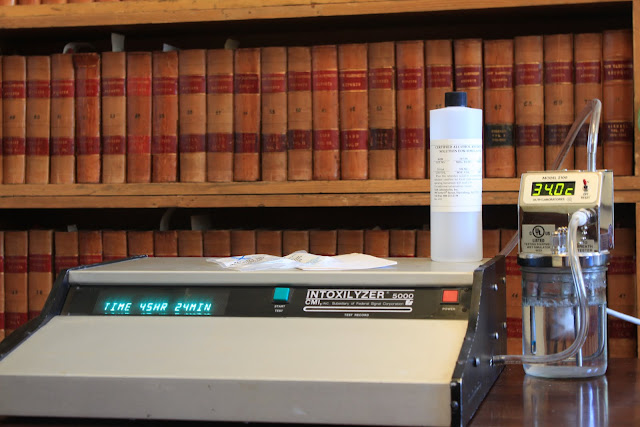 This means that the 20-30 year old Intoxilyzer 5000EN depicted above which is currently used in NH will be the only test which will be available for most accused of drunk driving.  It also means that the old technology will no longer be subject to independent verification from an independent laboratory.  The law allows folks to have an independent blood test conducted at their own expense.  However, as of 6 months into the new law only 10 people have elected to get blood drawn.  In the past about 500 people a year had independent breath samples tested.

NH breath test program is denying due process to those accused of DWI by use of the Intoxilyzer 5000.  There are legitimate issues with the old breath machines which has led the state to attempt to replace them, but in the meantime the results are still being used in court.  In fact the results are being used largely untested against citizens accused of DWI.

If you are arrested for a DWI you should demand to get an independent blood sample taken.

You also need to contact a DWI lawyer who knows how to defend these cases.  Len Harden has the training and experience to win breath and blood cases.  If you get charged with DWI contact Attorney Harden.

Posted by attyharden@gmail.com at 4:56 PM No comments: