Appeal from a judgment of the United States District Court for the Southern District of New York (Richard M. Berman, Judge). Following an investigation, the National Football League imposed a four‐game suspension on New England Patriots quarterback Tom  Brady.  The suspension was based on a finding that he participated  in a scheme to deflate footballs used during the 2015 American  Football Conference Championship Game to a pressure below the  permissible range.    Brady requested arbitration and League  Commissioner Roger Goodell, serving as arbitrator, entered an  award confirming the discipline.  The parties sought judicial review  and the district court vacated the award based upon its finding of  fundamental unfairness and lack of notice.    The League has  appealed.

We hold that the Commissioner properly exercised his broad  discretion under the collective bargaining agreement and that his  procedural rulings were properly grounded in that agreement and  did not deprive Brady of fundamental fairness.    Accordingly, we  REVERSE the judgment of the district court and REMAND with  instructions to confirm the award.

Will the entire Second Circuit review?  Will the US Supreme Court intervene?  Either en banc or Supreme Court review are very rare.
Posted by attyharden@gmail.com at 1:15 PM No comments: 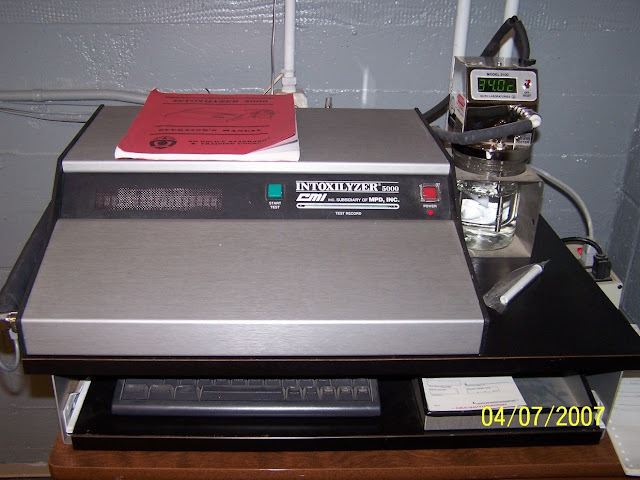 I had the honor of testifying about the bill to remove breath test captured samples from NH breath testing on behalf of the New Hampshire Association of Criminal Defense Lawyers.  See the related story in the Union Leader:  http://www.unionleader.com/article/20160414/NEWS07/160419616

The new proposed law would eliminate the captured samples and instead permit a person to get a blood sample after they have provided a breath sample.  It is my position that blood testing is the best solution and to eliminate breath testing all together.  Blood testing is simply more accurate, more reliable and more precise.  Blood testing also permits a person to have the sample retested to ensure that the testing was done properly.

Posted by attyharden@gmail.com at 2:18 PM No comments: