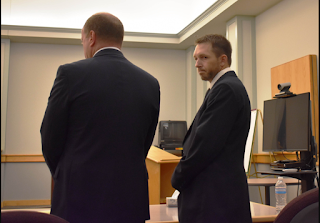 After over a month of anxiety for Randy and his family I was happy to share the news that the Court denied the state's motion to reconvene the jury.  The case is finally closed.

The law is pretty clear that any misconduct must be prior to a verdict. The actions of a juror sharing a hug after an emotional case simply did not impact the fact that 12 jurors did not believe the state presented evidence to prove guilt.

All cases are difficult but cases where a death is involved will have a profound impact on all involved: jurors, witnesses, officers, attorneys and judges.


Everyone involved in a case will feel empathy, compassion and even develop a rapport with the parties in an emotionally charged case.  There have been countless times that jurors have waved, nodded, winked and given thumbs up upon leaving a courtroom.  In this case the juror stopped to give Randy and his family a hug and wish him good luck in the future.

The prosecution's attempt to make this into some misconduct was flawed from the beginning.  There was nothing unusual about having compassion and caring about another human being.  The prosecution's attempt also seems to have been ill advised as it will likely dampen the desire of future jurors to vote their conscience if they could be called back to court later.

In federal courts the sanctity of the jury deliberations is secret and there is no ability for either party to pry into the process.

I am pleased to be able to let Randy and his family know that they are now able to move forward with their lives and focus the future.  A link to the story in the Union Leader is below:

Judge Denies Lawyers Request for New Trial after Juror Hug
Posted by attyharden@gmail.com at 8:08 AM No comments: