Public Trials in a Pandemic? Why Not Live Stream? 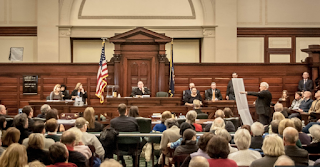 The Sixth Amendment to the U.S. Constitution and Part 1, Article 15 of the NH Constitution provide a fundamental guarantee to all defendants in criminal cases to the right to a public trial. This right to a public trial is fundamental and essential to our justice system. The reasons behind public trials are manifold.  The biggest reasons are for accountability, transparency and fairness.  In NH there is a long history of public trials and the closure of a court has been held to be prejudicial and reversible error without a showing or actual prejudice. 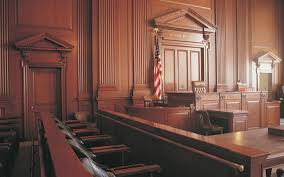 The right to a public trial are guaranteed to the defendant not to the accuser.  In our modern world and during a time when courthouses are actually closed the few trial that have proceeded were being streamed live.  However, some prosecutors and victim's rights advocates were upset and sought to prohibit the live streaming of trials.  The NH Court agreed with giving alleged victims' a new power to prohibit live streaming of trials. Federal and NH Law requires access to trials for media and it remains an unsolved issue if media can compel live streaming despite court's decision to end live streaming based on an alleged victim's desire for privacy.

The NH Association of Criminal Defense Lawyers (NHACDL) has issued a press release objecting to the NH Court administration's decision to end live streaming trials at request of alleged victims.  NHACDL strongly objects to creating this expanded 'right' to alleged victims.  In short the Court on its own has decided that alleged victim's now have a right to prevent live streaming of trials.  See the Press Release below:

Posted by attyharden@gmail.com at 12:05 PM No comments: