Complete Victory, all charges not guilty and ALS win! 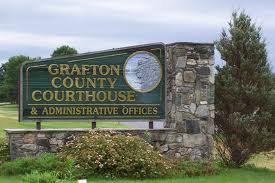 Case Name:
State v. Dorothy F.
Court Location:
Grafton County Superior Court, Littleton District Division and NH DMV.
Description:
Client initially charged with a DWI, and ALS refusal then disorderly conduct and reckless conduct.  We won the ALS as state was unable to prove impairment at time of driving.  The State then dropped the DWI and misdemeanor charges due to imminent failure in District Court.
State threatened to bring felony reckless conduct if client refused to plead to a misdemeanor.  Client did refuse as she was looking at graduate school.  State obtained a felony reckless conduct indictment.
A Grafton County jury heard this case on February 13, 2013 and returned a not guilty verdict.
Facts were that a vehicle was found in middle of Route 142 with no hazards on at about 2:30 AM.  Client was located at her apartment about 4:30 AM.
Summary of Outcome:
Not guilty of all charges and ALS victory
Date:
February 13, 2013
Type of Case:
Criminal Law, DWI and Administrative License Suspension.
Posted by attyharden@gmail.com at 8:38 AM