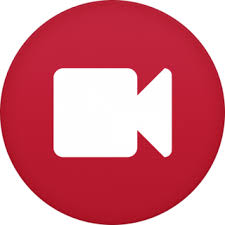 I was recently speaking with a NH State Trooper and learned that body worn cameras (BWC) and cruiser videos are going to be standard issue to all NH State Police in the next month.   This is great news for the police and the public.  It is long overdue and will mean that good police and good people will be able to have better justice.  See my earlier blogs about this issue.
I have been a defense lawyer for almost 30 years and the lack of video by NH State Police has been one of my most frequent concerns.  I have been upset about poor towns having video while the largest line item budge item, NH State police refused to purchase and use video.  I have raised this issue in hundreds of cases in District and Superior Court for years.
The use of video is good for building public confidence in police and trust among all people.  This reform is likely due to concerns about race based inequalities and racial bias in arrests, detentions and sentencing.
This change is seems to be the result of the recent recommendations 48 of them made by  NH Commission on Law Enforcement Accountability, Community and Transparency (LEACT Commission) and approved by the governor in the wake of the murder of George Floyd.
As everyone knows stores,  gas stations, private homes, traffic lights, toll booths, most teenagers and almost all adults all have video at their disposal 24/7.  500 hours of video are uploaded to YouTube every minute worldwide, that is 30,000 hours of video uploaded every hour, 720,000 hours of video uploaded every day to YouTube.  This doesn't even include all the private videos from stores, businesses and homes.
NH State Police are the best funded and most common form of law enforcement throughout NH. see earlier posts on this blog.
Good police have nothing to hide and welcome the video as it will show them to be doing their jobs properly and treating all people with respect.  It will also prevent police from having to defend themselves from false allegations of wrong doing.  I have witnessed allegations of physical and sexual abuse be lodged against police.  There are investigations conducted suspensions in place during the investigations and I firmly believe that video will reduce this issue and help prevent good police from having false claims made.
It also seems pretty obvious that there will be fewer disputes about what was said or done on the video as the words and acts of the police and people will be captured by the videos.   In cases in the past a trial sometimes comes down to the words an officer remembers or fails to remember.  However, with video footage of actual encounters with the police there will no longer be disputes about who said what and the response.  The police and the person interviewed will be captured on the video. 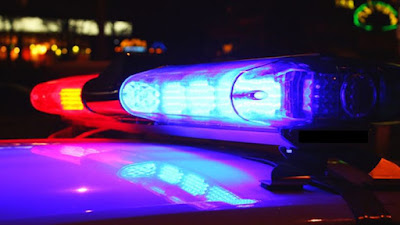 On the same day I learned that BWC and cruiser videos will be implemented statewide by NH State police I just happened to be in Littleton District Court with an aggravated DWI case set for trial.  The town that brought the aggravated DWI case already uses BWC.  In this aggravated DWI case my client was captured on video shortly after being pulled over, producing her license, speaking with the officer, exiting her vehicle, agreeing to FSTs, performing the officer's version of the FST.
The officer testified markedly differently than the video showed and in fact the judge ruled that the video did not show the clues that the officer claimed as well as other inconsistencies.  After playing the video the judge granted my motion to suppress for lack of probable cause finding the police had no reasonable basis to arrest and detain my client.  This meant that because of video footage my client was found not guilty.  The court did not have to hear testimony from the phlebotomist, the lab analyst the defense experts and literally saved hours of court time.
On the human side the look of relief and happiness on my client's face was among the best feeling a defense lawyer gets.  This case literally had been going on for over a year, the lab results were disputed, there were many complicated issues and my client risked going to jail to have her day in court.  She did not believe she was impaired and in the end the video showed the court my client on the night in question and justice prevailed.  Thanks to the town police use of video.
Video footage showed my client to speak normally, walk normally, have good balance, perform the FSTs very well.  The video evidence was so powerful that the judge literally dismissed a case that carried mandatory jail, fines and loss of license.
It is reasonable to say that without the video the officer's testimony showed my client to be highly impaired based on alleged poor driving, poor performance on the FSTs and admissions.  However, the video showed my client's actual movements on the night of her arrest and the judge was able to make a decision based on evidence produced that showed her to be not guilty.
Video helps good cops and assists good people who have done nothing wrong by showing how they actually acted when encountering each other.  I am delighted to hear that the NH State Police are joining many of the small towns in NH already using video.  The use of video will also help improve people's confidence that the police are doing a good job and treating each other with respect and dignity.
Posted by attyharden@gmail.com at 8:59 AM

New comments are not allowed.